The invitation to travel is the heart of the Forza Horizon license. So began our test of the fourth opus when it was released. After taking us to the UK, the auto racing festival sets up its bleachers in Mexico. One month away from its release, Xbox gave us a taste of this colorful journey with a gameplay demo that included full access to the map. 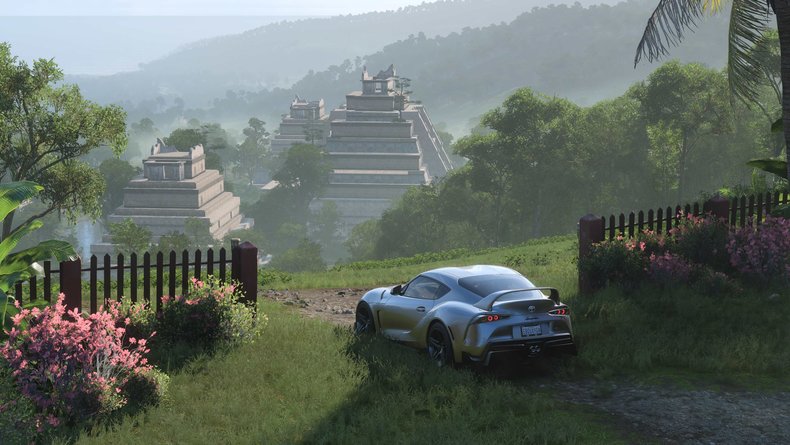 With its car drops from an airplane and talks about family, the game’s introduction sends out a lot of Fast & Furious vibes. To hell with the expected finesse, the series is not renewed in tone. She gives the cutlery with a bling-bling atmosphere, an exhausting commentator with his boundless energy as well as dialogues (your avatar speaks this time) of a confusing banality staged without conviction. It is by making this observation that we remember how the recipe is perhaps starting to run out of steam.

Forza Horizon 5, in the introductory content that we were offered, identically resumes the form and types of events of the previous ones. Even the rally opposing us to an airplane and then to motocross feels the heat. The only novelty observed is linked to the fact of having to bring back a treasure from the barn by truck to the local mechanic. Alas, the gameplay of the truck is not at all convincing, the heaviness of the machine being lacking, criticism which applies to almost all vehicles since always in the series. Realism is not the panacea of ​​the Horizon, we let everyone have their opinion on the question about these bars of soap ready to fly at the slightest bump, but the detractors should not change their mind. 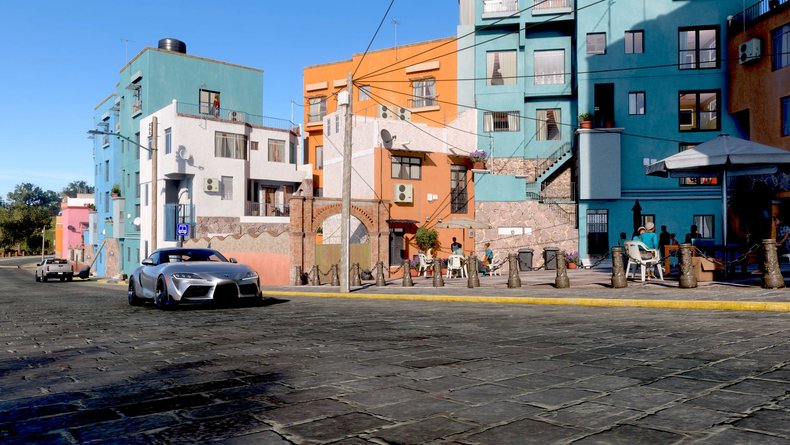 However, the general physics of the game have been improved in some aspects. There are many more elements of the decor that react well to the passage of our vehicle when off-piste. We even take more pleasure in driving around drastically with large 4x4s offering more sensations in these moments, than in the peloton of an urban race. We dream of perhaps one day having a deformation of the terrain to challenge ourselves on the conduct. On the road, sportier vehicles tirelessly trace long roads, sometimes straight, sometimes winding. Little pleasure on this point with the winding mountain roads which also offer breathtaking panoramas.

We can not deny it and it is no surprise, the new map is the success of the title. We will wait to see how the events are distributed on this one or the relevance of the routes during the events, but the diversity of the proposed landscape promises interesting things. With the 599 roads to cover, there is plenty to do. We’ve only been able to enjoy two seasons of the cycle too, it’s unclear how much interest certain locations will gain during a period of the game. 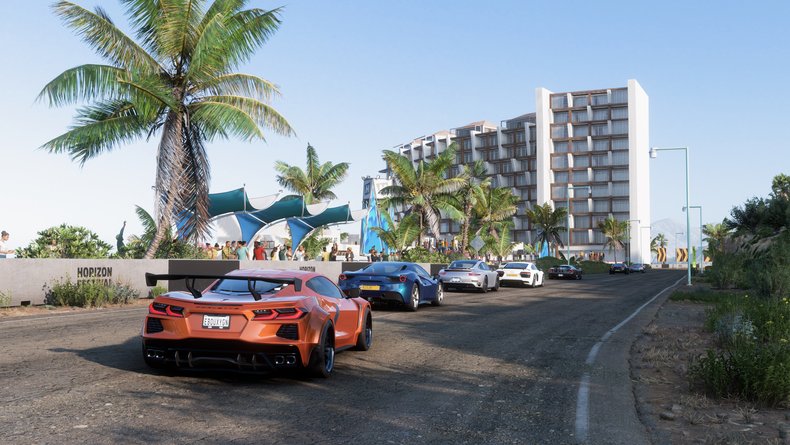 Aesthetically, in any case, the title is already very clean, showing a solid technique in both quality and performance mode. The display distance is crazy again with very little element clipping, even at high speed. In the jungle, the vegetation is very dense with streaks of light with superb rendering, while in the desert, the large empty spaces as far as the eye can see are a sensation, especially at nightfall. The shades of the sky and the light in general are fantastic and new discreet reflection effects on the windshields or the chrome come to reinforce the feeling of having a game much more beautiful, thin and more realistic than the previous one, even in its Series X | S optimization version.

Too bad it all still seems to lack life even though efforts have been made. We can indeed see inhabitants on terraces, in their gardens or on the balconies of coastal houses. The cities, for their part, keep this very corridor aspect with few vehicles to cross or even park on the side aisles. On the other hand, the feeling of being on vacation is greater than before with the presence in traffic of vehicles with roof boxes or bicycles. 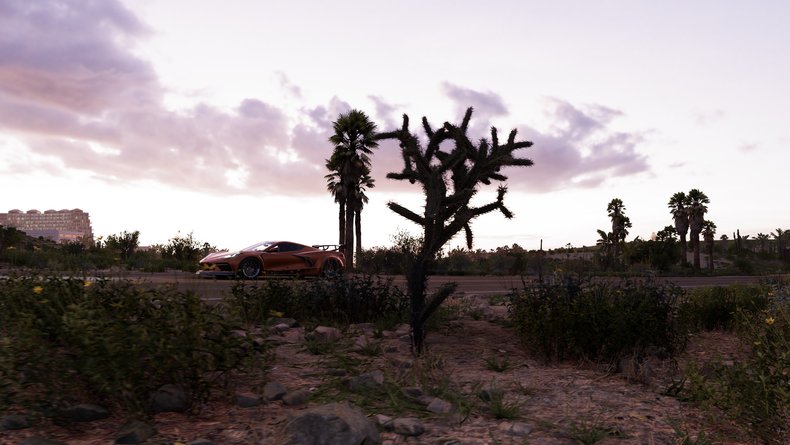 Details here and there, that’s what seems to bring this fifth iteration of a recipe that could start to tire if it does not offer anything more. We are therefore making an appointment soon with the game to discover its content in more depth, both in solo and in multiplayer with the creation of events that could bring a real plus if the community has the right tools to offer a wind of freshness that Playground Games does not seem to be able to generate.