In 2018, the whole world discovered a sequel to Ni no Kuni, The rise of a new kingdom. Bandai Namco is boiling hot and carries, just like the first opus, this adventure on the console of Big N., the Nintendo Switch. We therefore returned to this colorful universe to give you our impressions of this new version., titled in passing The Prince’s Edition. So, do we have a good adaptation here?

This portage is rather pleasant overall and is well stocked.

Unsurprisingly, the developers had to make some concessions to run the beast on such a platform. Thereby, the quality of some textures has been reduced and thealiasing is much more present in this port. In addition, the framerate can quickly give a headache since it is constantly wobbling. From time to time, the title turns above 30 fps, at times, below with ultra-violent drops (mainly when several background elements are displayed at the same time as various characters). It’s quite annoying, especially during the fighting phases. In mode TV, the imperfections are much more visible and the backgrounds have been blurred, giving a somewhat … strange picture. In mode Portable, it’s more pleasant, because the resolution in 720p softens the graphics and the smallness of the screen veils some faults.

Another point, the handling is quite good with the Joy-Con, the clashes are done with ease. In addition to the base game, this edition highlights the different DLC, namely theAdventure Pack including a random “Labyrinth of Mysteries” dungeon, Legend of the Magician’s Almanac offering a small odyssey showing characters straight from the first episode and the Maze of the Phantom King, giving access to new quests and offering new combat styles. All this aims to entertain a maximum and for long hours the players who have never got their hands on Ni no Kuni II. 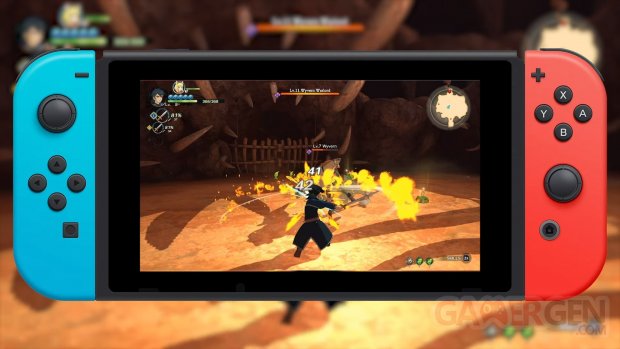 Ni no Kuni II: Revenant Kingdom – The Prince’s Edition isn’t bad at all. Despite the small visual gaps, related to the performance of the console, this port is rather pleasant overall and is well stocked. Overall, the experience remains intact, and having such a crazy production in your pocket is a plus not to be overlooked.

Read also: TEST – Ni no Kuni II: Rise of a New Kingdom – An enchanting title with some “buts”