Pending official information on the car, here are the latest renderings of the highly anticipated Tesla Model 2 / Q. According to a Russian media outlet, it adopts a relatively boring and conservative design. 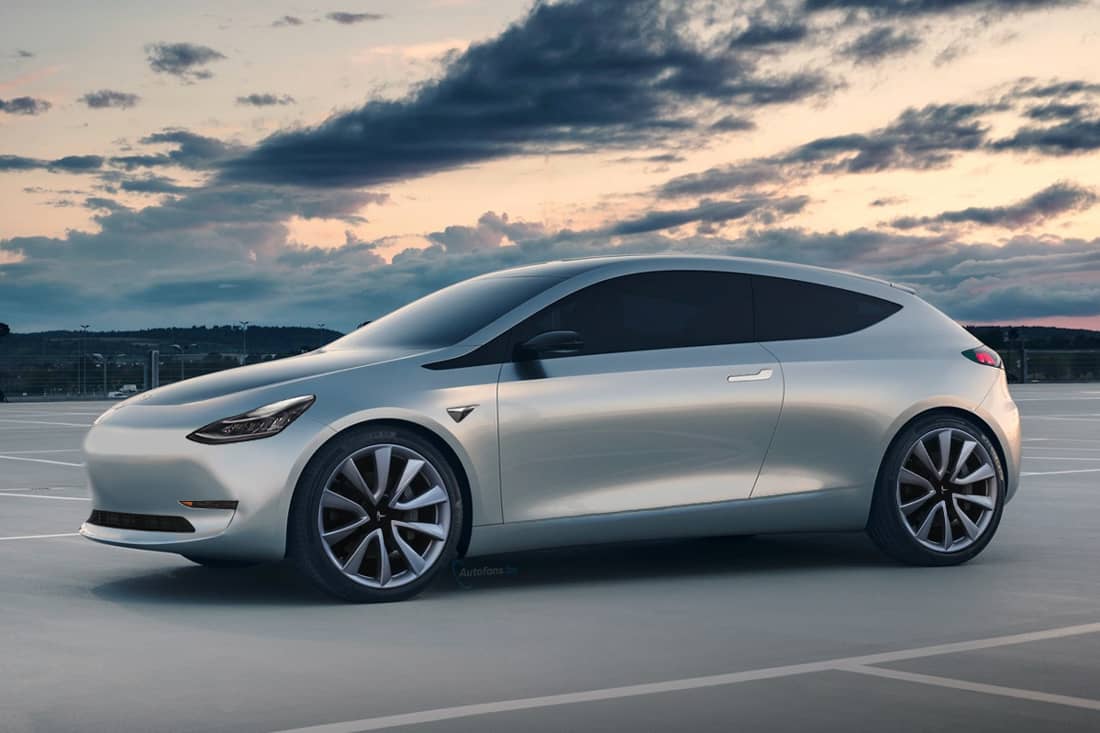 One of the renderings of the Tesla Model 2

If there is one model car that is expected, it is the Tesla Model 2. Several times mentioned by Elon Musk, we know little about it. This leaves the opportunity to say anything and everything, but above all to imagine this “cheap” Tesla. Let’s do a check in.

Currently, the cheapest Tesla electric car in the catalog is a sedan. It is the Tesla Model 3 Standard Plus (SR +), which can be bought in France for 37,800 euros thanks to the ecological bonus. This is the entrance ticket to Tesla. Many are now hoping for a more compact and much cheaper car.

Tesla never communicated on it directly, but Elon Musk mentioned an electric compact that would be located below the Model 3 in the range. According to rumors, her name is Model 2 or Model Q or even Model A.

With the construction of new Gigafactory, including the one in Texas and the one in Germany, Tesla is in the process of setting up large-scale production. Elon Musk’s wish to democratize his 100% electric vehicles to as many people as possible could therefore take a new step. Nevertheless, it remains a very competitive segment, several compact models already take pride of place in the ranking of the best-selling electric cars in France.

The actual appearance of the vehicle is not yet known – but here are some new renderings. The images are based on the latest rumors – and they show a relatively boring and conservative design (source: Kolesa). 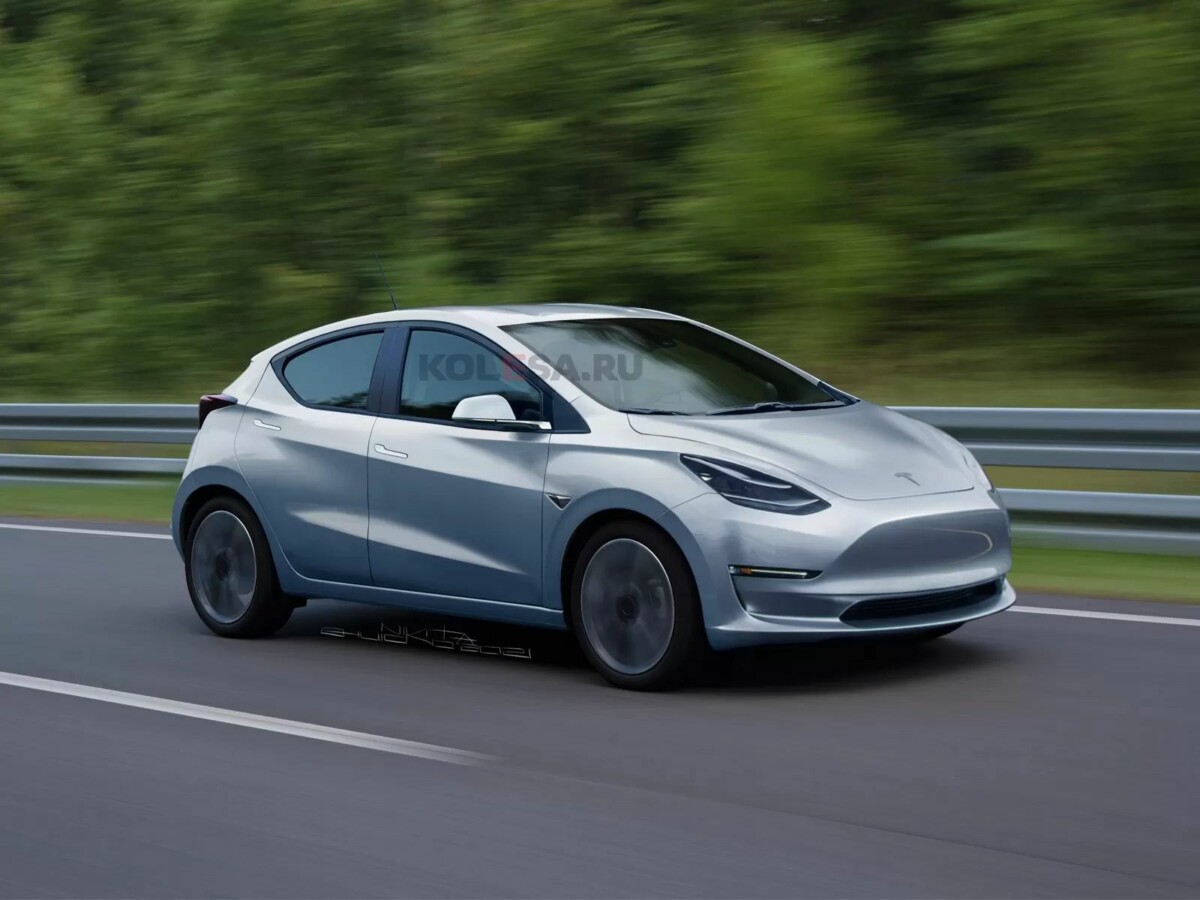 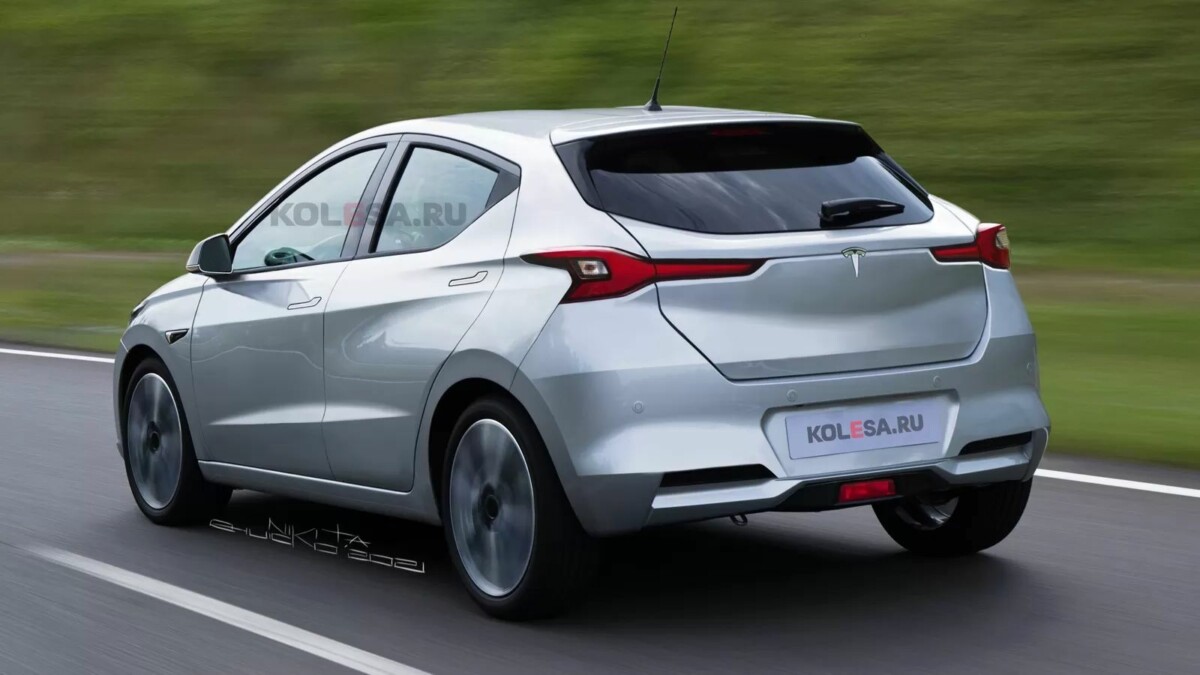 According to recent rumors, the Model 2 / Q prototype should already be finished. This model would be exclusively designed in the Shanghai Gigafactory and exported worldwide.

The boss of SpaceX has again mentioned this potential Model 2 (not his official name). These indiscretions come to us by Electrek, which a source present at a Tesla meeting gave him some information. The year 2023 was once again confirmed by Elon Musk.

However, we must be vigilant about the deadlines announced by Mr. Musk, who is generally very, if not too optimistic, about the company’s schedules. Also according to the source, the CEO of the California firm would also have asked a question that says a lot about his future intentions.

According to rumors, the Model 2 would be a compact, 100% electric of course, equipped with a rear hatch with 5 doors. It would compete with the Volkswagen ID.3. You can find many renderings, usually created by media, on the internet. We have gathered a few of them in the gallery below.

One of the renderings of the Tesla Model 2

The car is expected to be offered in different two- or four-wheel drive versions with electric motors on each of the two axles. There are also rumors about two different models. One for Europe, with a classic hatchback body, the other for China, which would adopt a crossover body.

According to Elon Musk, expect a price below $ 25,000. We can imagine a stupid and nasty conversion to 25,000 euros in Europe, which would obviously be an alternative to the Renault Zoé and the Peugeot e-208 which are enthroned in the ranking of the best-selling electric cars in France in 2021, behind the Model 3.

During Battery Day in 2020, Elon Musk revealed that the electric compact would be released in 2023.

Tesla China President Tom Zhu referred to this famous compact model. It would be developed and produced in China, more particularly in the Gigafactory in Shanghai. Recently, one of the Tesla brand specialists in China also mentioned the very advanced development of the electric compact. According to him, it would be produced as a test model at the end of 2021. The Gigafactory in Berlin, under construction, will also host a dedicated design center that could look into this new model.

The elusive cheaper compact Model Whatever may come sooner than you think. The prototype is said to have been completed & most component suppliers have been lined up. Trial production has been planned for the end of 2021. pic.twitter.com/ZCRDfc58kf

Elon Musk is scheduled to speak on August 19, Tesla is organizing a thematic day dedicated to the presentation of technological innovations. As specified a few weeks ago, the purpose of this event is not so much to announce what will happen to the manufacturer’s vehicle fleet, but rather to recruit talents interested in issues related to artificial intelligence. However, this new model could still be mentioned during this event.