At Bouygues Telecom, having a lot of data is not enough.

Having recently subscribed to a data-rich offer will not prevent the operator from increasing your plan. At the end of August, the operator resumed its good old habits by announcing to certain mobile subscribers an increase in their package by an additional 80 GB, at an additional cost of € 3 / month on their package. This increase also concerns recent subscribers who have opted for an offer launched last March already offering 200 GB for € 14.99 / month. The package therefore goes to 280 GB, for 17.99 € / month.

The practice is the same as usual: an email was thus sent to the subscribers concerned last August, explains one of them to Univers Freebox. On September 13, an SMS was even sent to remind the enrichment, with a link proposing to refuse the increase in the package. Here, this subscriber sought to know if the practice was indeed legal and showed us that he had not received clear answers on this subject during the exchanges of private messages with his operator. Once reassured about the legality of the practice, he was able to refuse this enrichment. 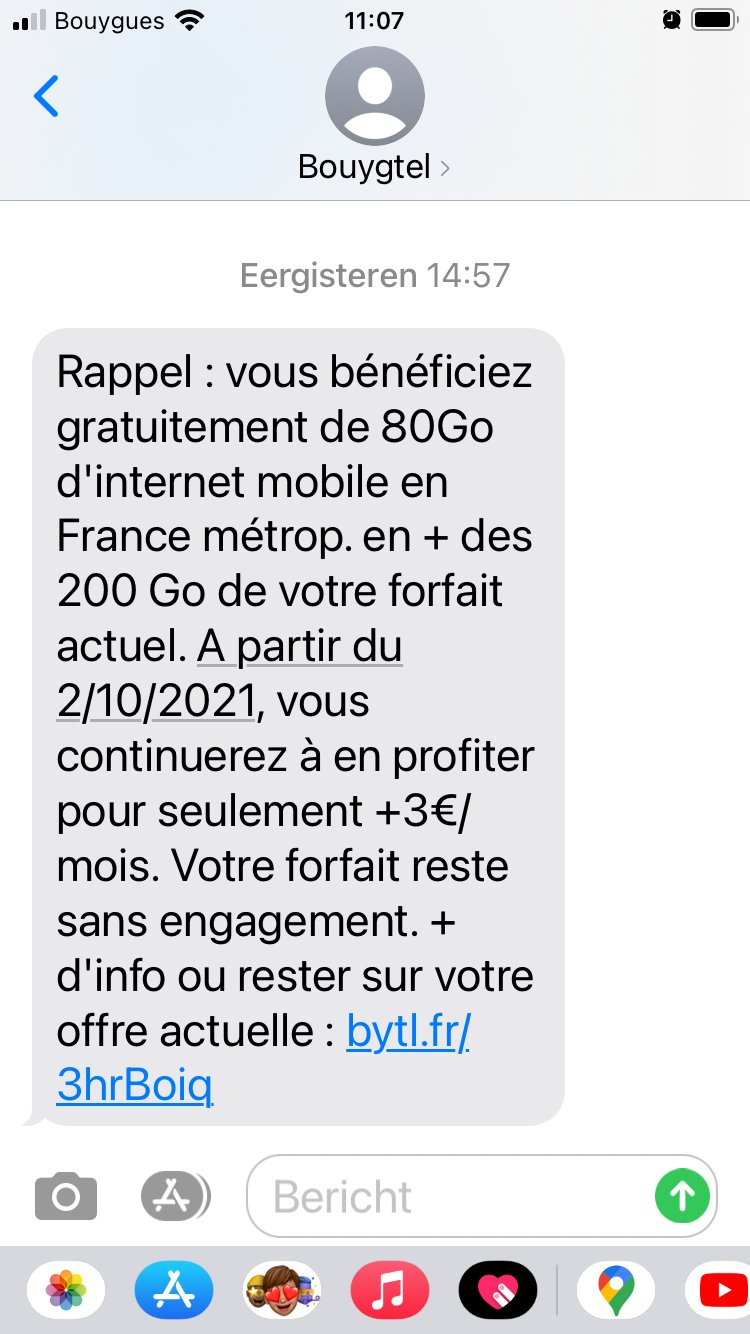 If it is more customary on the part of Bouygues or its rival Red By SFR to offer advantages with questionable interest, this offer has the merit of seeing things in a big way: a package of almost 300 GB for less than twenty euros may indeed seem tempting if you use it. However, it is surprising to observe that this practice also concerns recent subscribers, the special offer concerned having been offered last March. In addition, this practice is often criticized by consumer associations and very supervised to avoid unpleasant surprises.

What the DGCCRF says

According to the Directorate General for Competition, Consumption and Fraud Control, operators have the right to increase the price of packages while respecting two conditions. The first: notify one month in advance by mail or email. The second: the improvement of the subscription should only concern services relating to telecoms such as unlimited SMS, more data or better speed. On the other hand, they cannot in any case increase the price of the package for another reason such as “A music option, TV option, subscription to a book”. In the event of an increase for another reason, the subscriber can report this increase in the flat rate on the SignalConso platform set up by the Fraud Control. His situation will then be examined. At the launch of the platform, the authority said that companies that have received several reports without reacting will be in their sights.